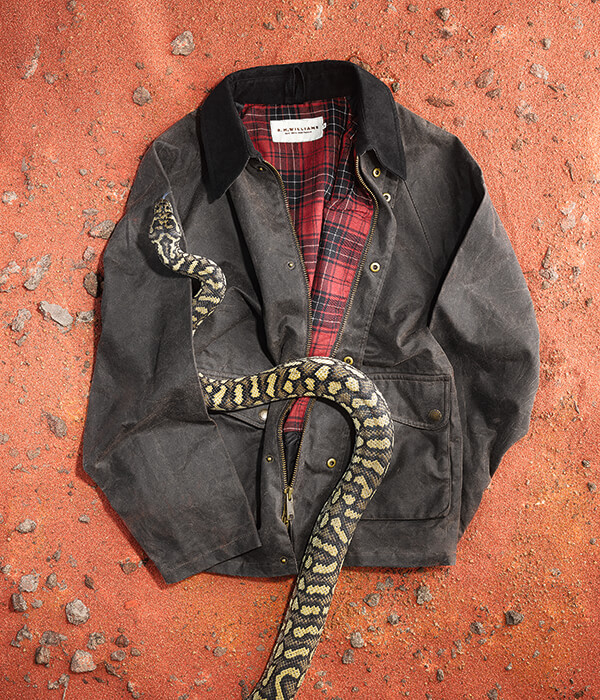 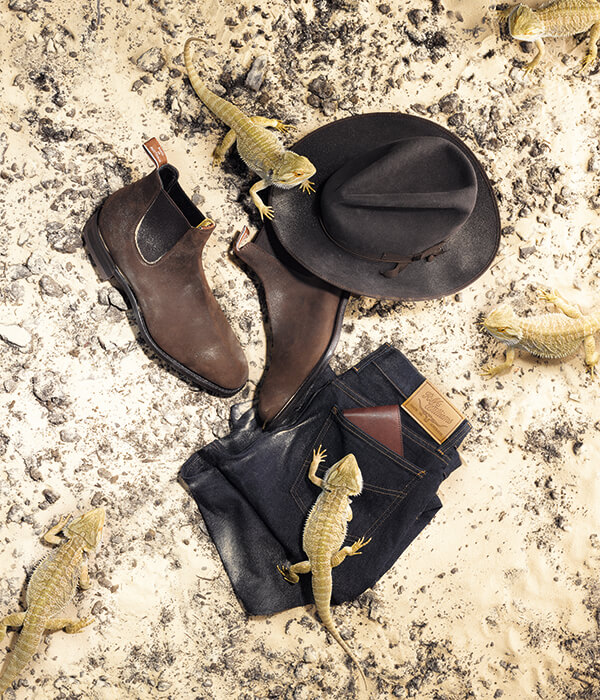 I think this was one of the most bazaar shots I’ve ever done.  Firstly we hired a snake whisperer called ‘snaky Sue’ to bring two rescue pythons to the shoot and the idea was to have them slithering around in a tray over the latest RM William’s collection as if we were in the outback.  Sue arrived with two huge baskets which weighed a ton and in our colossal tray of deep red earth Tyson and his sidekick eased into action.  Tyson was by far the biggest snake I’d ever seen, at least 20 feet of pure muscle.  He was silky and when we locked eyes I could feel the intelligence.

Unfortunately about half way through the shoot he made a run for it through a hole in the ceiling.  Sue tried to tackle him and he pinned her to the lighting crane by the neck and at this point I knew we had a problem.  Three of us tried to pull him down and he threw us across the room like rag dolls but then Sue did some kind of special move and he relaxed for a moment and we managed to get him back in the basket.

In all the commotion, Gordon the Gecko who we were shooting next had an accident down the back of Luke’s very nice sofa but we got the shot and Tyson got to stretch out fully (rare for snakes this long apparently) for most of the day.  We were a bit worried that Tyson might try and eat one of us but thankfully Sue reassured everyone that he only eats every three months and he’d only recently had his dinner.  The thing that struck me the most was that both snakes never stopped moving and they were checking us out the whole time.

Photographed for 1843 magazine at The Economist in February 2017.