THE RISE OF UGLY TRAINERS 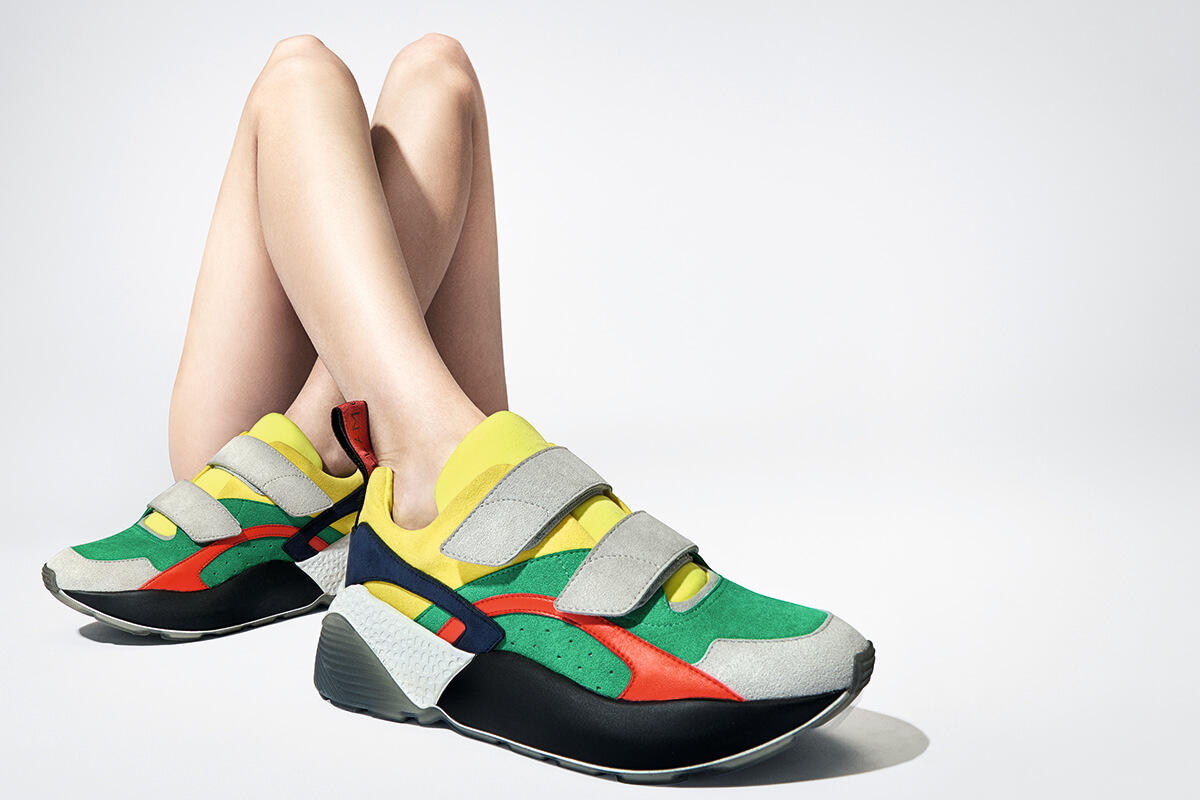 Trainers that resembled clown shoes began selling for thousands of dollars a few years back as they were sucked into the fashion universe by brands such as Louis Vuitton, Dior and Stella McCartney.  I would see bird like women sauntering down Bond Street in cutting edge McQueen and then bam! on their feet loomed a colourful leather shoe so outlandish I’d have to look twice.  This was heaven for me because trainers are my go to shoe from boardroom to bar stool.

We wanted to capture this moment of foot freedom and asked our model Stephanie to bend herself into a series of positions only a 22 year old / yoga instructor do could while sitting or laying on a set of blocks conjured by by Joel our photographer.  I love that moment on a shoot when the team look at each other and know they have the shot.  This was all about the shoe as hero.  On a plinth, as a monument but yet still remaining editorial in feel.  Ugly the trainers may have been but strangely beautiful too.

Photographed for 1843 Magazine at The Economist in April 2018.