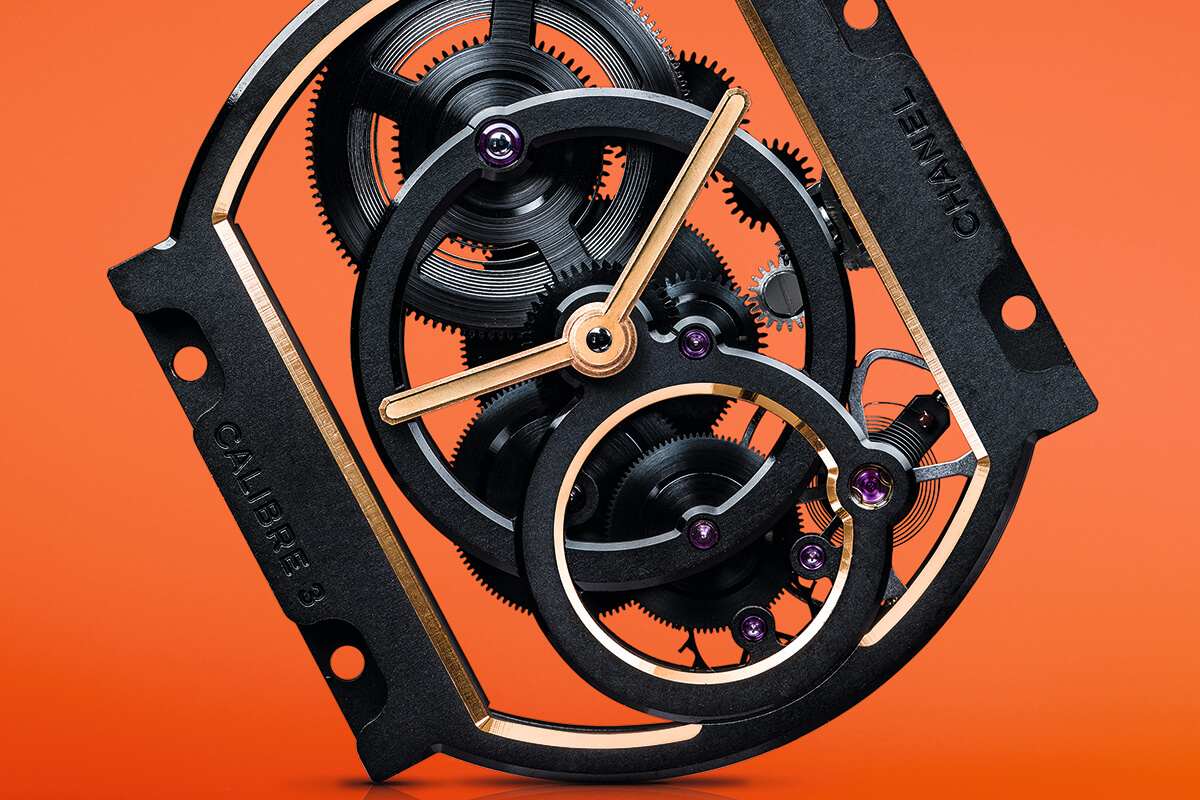 The Chanel Boy.Friend is a unisex watch worn mostly by women who like masculine style.  Just like the look that Chanel pioneered and that attracted her many admirers, drawn in by her strength and charisma.  The Boy.Friend is named after Captain Arthur Edward ‘Boy’ Capel, a British Polo player and her lover, a man she enjoyed for over a decade.  Rather than buy in a movement, Chanel made their own as seen here which is a timely and costly thing to do.

I persuaded Chanel to let me shoot the movement as a sculpture, without the case or rest of the watch.  It took several months of communication but in the end, it was delivered to a studio in West London where Pedro Aguilar and I set to work to bring the detail of the exquisite cogs, rubies and discs to life.  I’ve been to many factories over the years, deep in the Jura mountains where Swiss watch brands produce components often thiner than human hair to power the engine of a watch but seeing the naked beauty of a new design is always thrilling.

Photographed for 1843 Magazine at The Economist in January 2019.