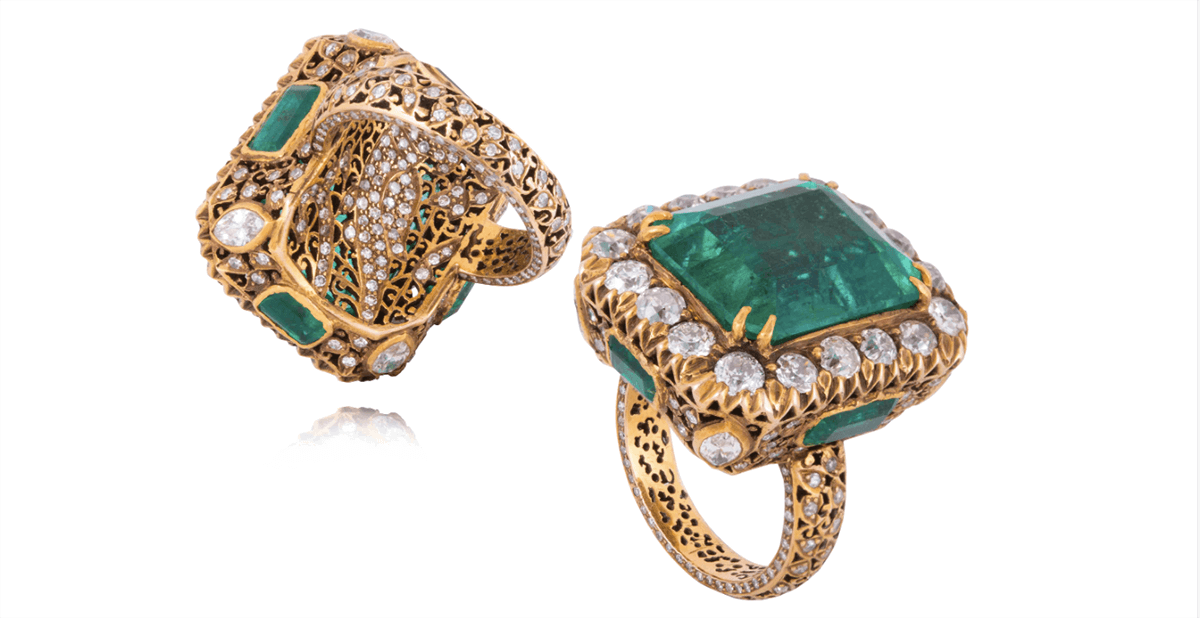 A few weeks ago I was invited to Sotheby’s to see a flawless – and super-rare – 100-carat diamond (above). There is an unspoken etiquette when viewing a stone of this size and quality. First you have to pretend to be totally blasé, ignoring it and chatting with other people while the intense, ex-military security guards prepare to reveal it. Then you inch your way over, phone in hand and ready to pounce with your best duck-face selfie and politely elbow other people out of the way. Then, some bright spark shines a light on it and you suddenly understand why a rock formed more than 3bn years ago is worthy of such hoo ha.  What’s especially interesting about this diamond is that Sotheby’s – despite being an auction house – isn’t going to auction it. Instead it is offering it for private sale in their Bond Street boutique so technically anyone can walk in and slap a cheque on the table. Why is this a big deal? You normally have to be the “right sort of person” – ie highly tanned, super rich, off the radar and on a super yacht – to even be shown a stone like this, so Sotheby’s more inclusive approach is about as democratic as diamond-selling gets.

The most rigorous stop on my high-jewellery highway was Amrapali, an Indian design house known for its enormous, ornate and colour-saturated style (above). Sameer Lilani, the UK director, is a modern-day dandy: expensively suited and lustrously bearded, his wrists jangling with oversized bracelets.

I was there for a gemology master class, which turned out to be a high-pressure quiz. Lilani’s team thrust sparkly stones under our noses, grilling us with impossible questions about what they were made of and where they were from. Luckily for me I had the expert gemologist and well-travelled Russian blogger Katerina Perez on my team and we stormed to victory.

Then out came the proper jewels. There were pendants as big as your fist studded with weighty emeralds and diamonds, hanging from silky strands of pearls. Pigeon-blood ruby rings and Kashmiri-blue sapphires with a depth of colour that made my mouth water. Amrapali have stores all over India but also do a brisk trade in London and New York.

For wealthy Indian families, what matters about jewellery is its weight in gold. They treat it almost like a currency. In the West, where wearability is more important, gold is kept to a minimum to keep pieces light, and precious stones get all the attention. Amrapali fuse east and west with a wild flamboyance.

Boghossian, the Swiss high-jeweller, is a family firm with roots in Syria and Lebanon which now caters to Middle Eastern royalty. Boghossian champions the ancient art of inlay, where one precious stone is set inside another so that it appears to be floating. It is expensive, time-consuming and delicate work, which brothers Ralph and Roberto Boghossian explain in intricate detail to me at their Bond Street store. Edmond Chin, the creative director of Boghossian, once boasted that he could design my perfect ring having just met me over dinner. Ten minutes later he presented me with a sketch so over the top and so “me” that for once I was lost for words. I’ve still got it locked away at home. “We’ll have to make that ring for you some day”, said Roberto. That’s what I love about jewellery. You might not have the budget you long for and you might not have an excuse to splash out but the fantasy is always there. Back in the real world of work, weather drama and the Piccadilly Line, that is worth a hell of a lot.

Written by Melanie Grant for column ‘The Daily Adventures of a Luxury Addict’ in 1843 Magazine at The Economist in March 2018.