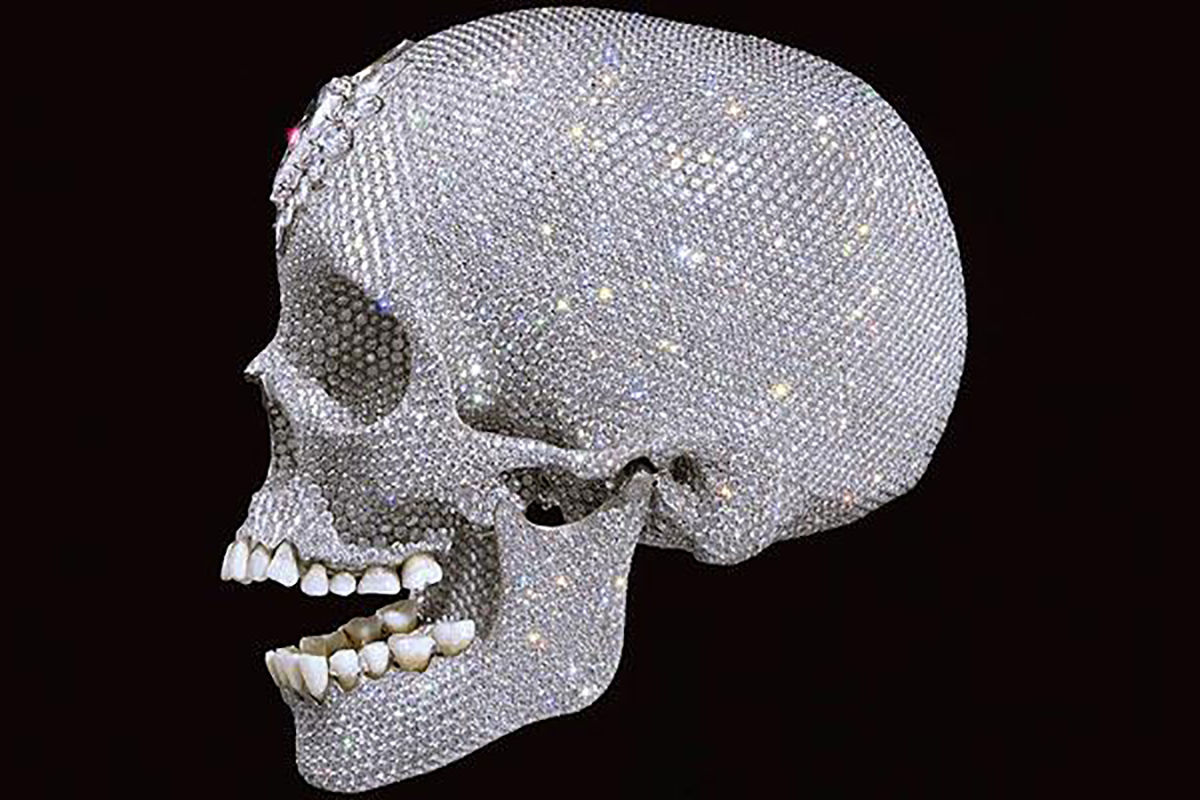 Some of the best things in my life happen in the howling rain. Grey sheets of horizontal hail drummed against the window of a photo studio in North London as I waited patiently on set for the arrival of Graff jewelers. Our model Yoon was sucking lunch through a straw so as not to spoil the five hours of body paint we had painstakingly applied in preparation for a shoot for a pair of earrings that had taken me almost three months to secure.

Finally, a security team of damp, rugged looking men entered the room and a box was presented to me containing The Eternal Twins. They were almost liquid in appearance—so pure were their fifty carats of emerald-cut white diamond perfection. The room fell silent; the photographer flown in from Paris, assistants, makeup artists… Each remained rooted to their spot as light from the stones danced around the room.

I felt the atmosphere shift with a gravitational pull towards the stones in what felt like a life altering moment. Big and important diamonds change the world because they represent a purity of beauty and economic power that is rare even for luxury. But all too often, their intrinsic value can stop them from becoming art.

When Damien Hirst set a platinum cast of an 18th century human skull with over eight thousand diamonds including a large pink pear-shaped stone lodged into its forehead, he was accused of staging a marketing gimmick. But what if instead of diamonds, he had used the humble pebble? Art purists may well then have accepted the skull as a natural expansion of his repertoire. See, humble materials have often diffused the obvious display of wealth associated with diamonds that provoked such Hirst-esque backlash.

When combined even with gold, these humble materials bring jewelry closer to art because they force us to appreciate design over monetary value. Much of jewelry however is made for profit, to be sold en masse, when art is made to simply exist in the world. The intention of the designer is key. At the very top level, high jewelry transcends to art because its creators are making limited edition or one off pieces, crafted over many years, each with a unique story. This combination is what ultimately creates meaning.

For example, Ai Wei Wei’s edition of six rings in 24kt gold for Elisabetta Cipriani’s gallery in London tells a story of mass migration, while challenging our perception of reality. But is that really any different from jewelry designer Wallace Chan’s titanium necklace made to explain a concept within Chinese spirituality? Chan began as a sculptor and infuses all his pieces with meaning. This is what gives them weight in the wider world, yet paradoxically his work is also known for its extensive use of precious stones.

Such separation of art and jewelry is relatively new. In Renaissance Italy artists would apprentice under a master who taught them painting, sculpture and goldsmithing as a matter of course. Miniature versions of old masters commissioned by 16th century European royals were often reimagined as precious boxes made of gold and diamonds, intended to be carried around as an extension of art on the wall.

Later in the 19th  century, The Vienna Secession, an art movement created in Austria, argued against boundaries between the fine, decorative and graphic arts. It wasn’t until post war consumerism took hold in the 1950s that the commercialization of jewelry allowed the masses to finally get their hands on the good stuff. High jewelry continued to cross over to art, but the jewel as a concept became splashy and about flaunting new wealth rather than the art of creation.

The concentration of wealth in large, rare diamonds has skewed our perception of what jewelry can be. But this is a mistake.  Everything we value in society can become worthless overnight, from a currency that falls against the dollar to high performing shares; value in the market is an illusion. Rather it is our desire for such things that accrues value, and as such, the true worth of the jewel should come from the artistry and not just the materials, that are ultimately just elements that contribute to its whole.

During my many years at The Economist, I’ve been perplexed by the denial of jewelry as art, enough to write a book on it, which, after three years of research, comes out on October 1st. Surprisingly many of the fine artists I spoke to during the process said that anything could be art; of course they were wild and free, dismissing any restrictions. However to my surprise, many of the jewelers refused to call their works art because they didn’t feel it was their place to assign such importance to jewelry. While a few just wanted to sell ‘product,’  those in the rarefied echelons of high jewelry were adamant that they were artists—and I agree with them.

That feeling I get standing before a great work of art, as if it is speaking directly to me, also happens when I’m in the presence of serious jewelry. I can feel the artist, their agony and ecstasy in every curve of the jewel. If the industry is to survive post-pandemic, it must think less about the value of carat weight and more about depth of meaning; that is the future of jewelry. No painter ever waxed lyrical about the paint, canvas or brushes involved, and that is how it should be.

Images Diamond skull called For the Love of God by Damien Hirst, rumoured to have sold for $100M

Written by Melanie Grant for The Natural Diamond Council in October 2020.