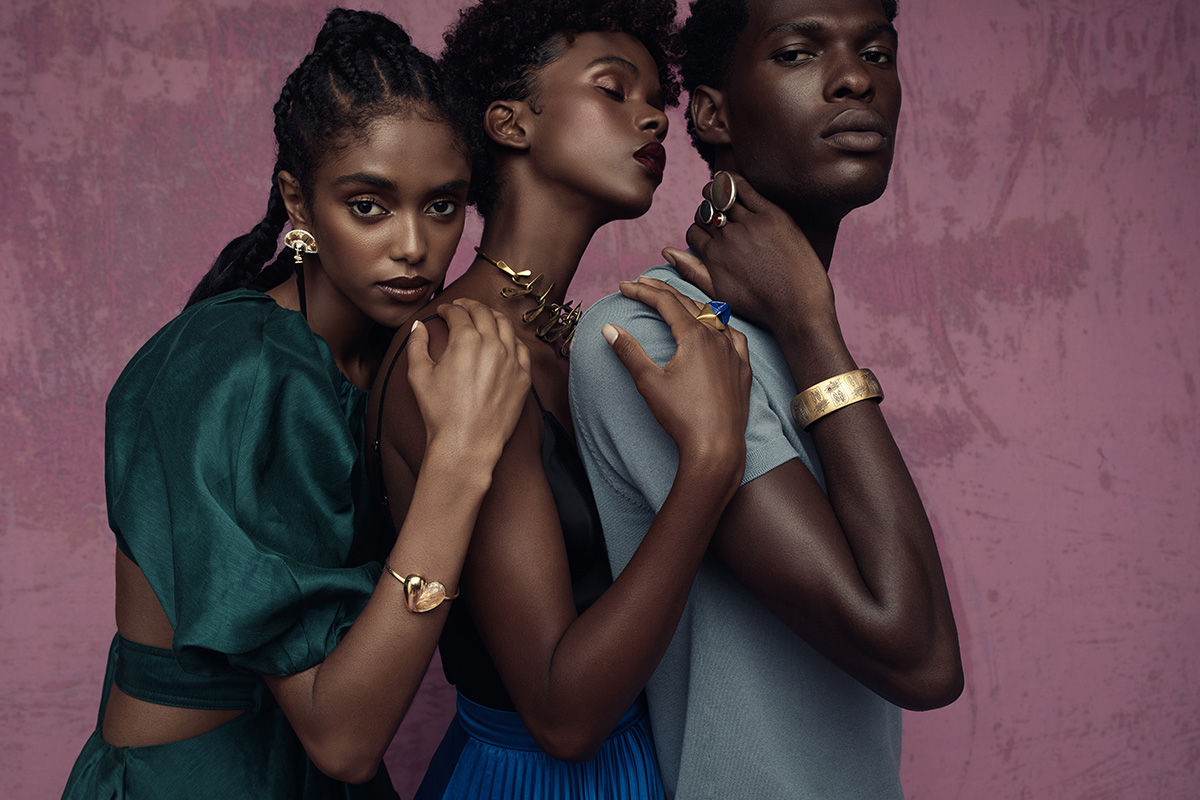 On September 17th 2021 the first selling exhibition by a global auction house dedicated to black jewellery designers opened to the public at Sotheby’s New York.  I was the curator and had proposed the idea to Frank Everett, Director of Jewelry that February while discussing an event in connection with my book Coveted.  I was taken aback when he said yes almost immediately and one of the most thrilling creative journeys of my life began.

I invited 19 living designers and the estates of 2 important historical figures to submit 3 pieces, one of which they made for the show.  I wanted each artist to go bigger and bolder than ever before and this resulted in over 60 pieces of high jewellery in a plethora of styles from gothic romanticism to minimalist modernism with prices ranging from $1,500 – $1M.

The idea was to signal a shift in thinking from ‘African Inspired’ to black talent being the inspiration. To amplify the often overlooked contribution of black creatives to artistic culture.  To make our mark on history but also for the designers to reach a global collector base.  The reaction we received was more than I ever dared hope for.

The show was exclusively announced by American Vogue and covered by Forbes, The New York Times, InStyle, CNN, Grazia, Town and Country, Vanity Fiar, Bloomberg, Architectural Digest, Wallpaper, Glamour, Elle, FOX Tv and the Artnet among others.  Rihanna wore one of our jewels to the MET Gala and Thelma Golden, Director and Chief Curator of the Studio Museum Harlem kindly agreed to host a private event with us and her patrons.