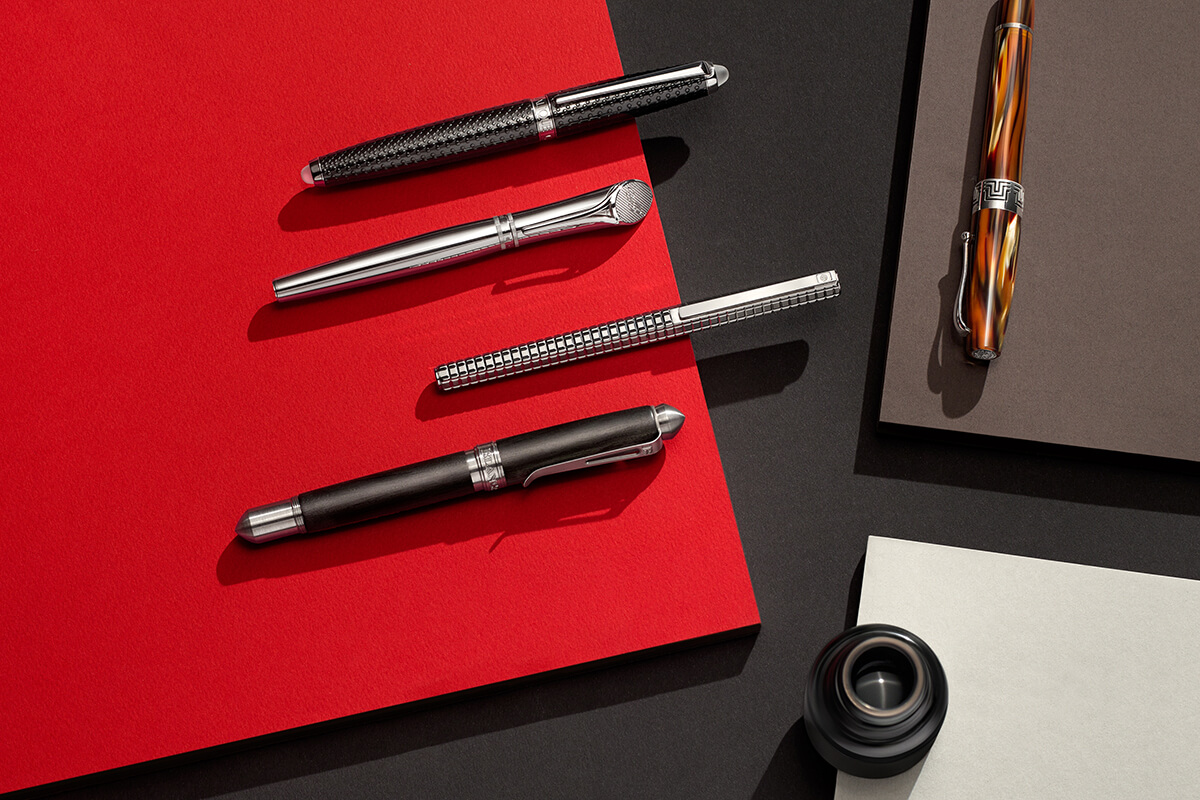 Hard Luxury includes jewellery, watches… and pens.  An unlikely trio in anyone’s book but pen’s are an obsession for some, a bit like coin collecting and collectors are called penophiles.  When I was researching this shoot I met a few specialist collectors who bought their rare and rather beautiful collections into the office so I could get an idea of what mattered and what didn’t.

Some very plain pens are highly sought after like our Blancpain Grayson Tighe but as a jewellery lover, my eye lingered over the show stoppers such as those created by Montegrappa.  All quivering sterling silver nib and buxom turtle-brown celluloid.  I called in a selection of both and Joel and I created a graphic canvas for these most magnificent of old-school creations.  I’ve never been able to look at pens in the same way since and shortly afterwards invested in a Montblanc.  That’s the trouble with luxury.  It haunts you…

Photographed for 1843 Magazine at The Economist in September 2017.