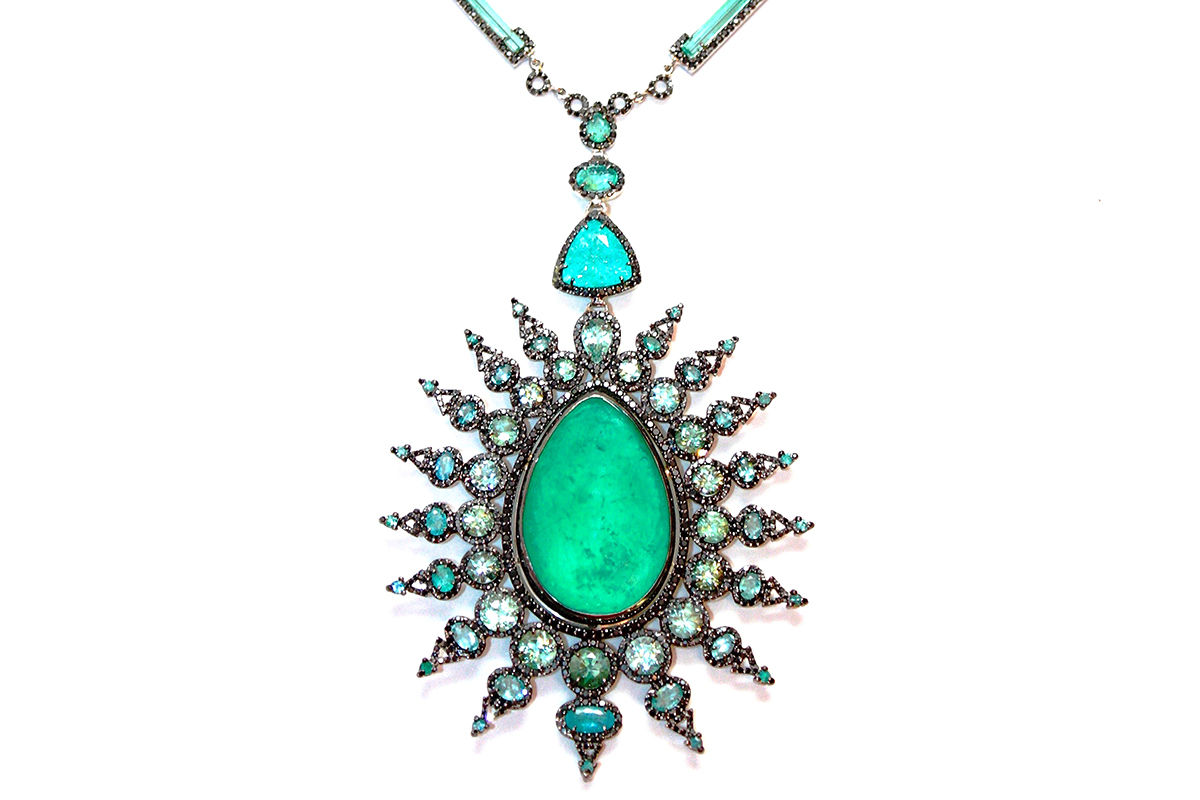 Feminism for me is all about freedom. It is the freedom to choose marriage and babies or business and solitude, to wear hot pants to work and buy a diamond tiara with your own hard-earned money. After all, for much of history, our bodies were not our own. If you go back to Victorian England, a woman could not initiate divorce; she could be beaten up and sexually assaulted; denied control of her money and access to her own children. All this was legally allowed within marriage.

Chastity was the ultimate female virtue, and the only women wild enough to rebel against that were the courtesans; beautiful, independent and seductive mistresses to the most powerful men in society. They wore couture, they owned castles, they took lovers, and most importantly, they were bedecked in lashings of jewellery.

Born in 1836, Cora Pearl was one such woman. She was born in Plymouth but became one of the most famous courtesans Paris had ever seen, seducing Napoleon’s cousin Joseph Charles Paul Bonaparte, who bought her a palace a stone’s throw from the Louvre. Considered too dangerous for polite society, she would canter salaciously down the Champs-Élysées on horseback, the proud owner of millions of francs worth of diamonds and pearls. Another notorious British beauty called Sophia Baddeley, an actress and courtesan, was rumoured to own not one but four huge diamond necklaces, which she would parade in her private box at the theatre to gasps of admiration.

The jewels of these women represented both financial freedom and an overt femininity, because “respectable” or pious women had at this time traditionally gone without jewellery, their bareness almost being a badge of honour. Save for the nobility, the spectacle of serious jewellery was seen as flagrant, tied up with the scandalous notion of sensuality because of the attention it drew to a woman’s décolletage, throat and wrists.

Feminism as a movement has managed to separate women from the austere. Today, a razor-sharp intelligence and flamboyant style aren’t seen as mutually exclusive. Virginity thankfully has no bearing on the depth of one’s character. Yet that freedom can be taken away from us at any moment. While doing research for Coveted: Art and Innovation in High Jewellery, I interviewed Sharon Khazzam, a jeweller in New York, whose Atteba necklace boasts a gigantic 44 carat emerald cabochon edged in black diamonds and studded with Paraiba tourmalines. Its design was inspired by the hypnotic green eyes, lined in black kohl, of a stranger she stumbled across one day while running errands. Khazzam was instantly taken back to her childhood in Iran, where, during the 1979 Revolution, women who had been at liberty to wear mini-skirts and make-up one day were banned from doing so the next.

Feminism, as one of the deepest struggles of modern times, still has work to do, and jewellery has become another weapon in the war for equal rights. Almost 100 years ago, design shifted towards a bolder, more streamlined silhouette with the likes of Suzanne Belperron, who created comfortable yet grand sculptural styles that powerful women wanted to wear in the 1930s. Then post-war, women had their own disposable income for the first time, having been drafted in to do jobs in factories and offices that were usually reserved for men. The jewellery they bought for themselves was often less flouncy. It was bigger and sometimes even political, they wore more of it because now it had meaning, and at times it became art. My book examines this transition. Feminism is now in its fourth wave, defined by technology, social justice and #MeToo. This has enabled female designers to challenge the status quo, with Asia arguably leading the way. Michelle Ong, Cindy Chao, Feng J and Anna Hu are fearless pioneers of large, complex, beautifully crafted pieces worn by equally strong women whose buying habits are fuelled by new wealth.

The world is certainly changing. Back in London, the jeweller Solange Azagury-Partridge, who fought her own battle with imposter syndrome in the 1990s when she started out, now refuses to take no for an answer. She knows she deserves a seat at the top table, and that confidence runs parallel with the evolution of female empowerment. Sometimes that means understanding we deserve the success we’ve earned, and sometimes it means wearing something brazen – such as Azagury-Partridge’s Stoned necklace – whenever and wherever we want.

Jewellery as a talisman of our life journey is all the stronger for it because it is a tangible embodiment of our achievements. Azagury-Partridge’s clients are women at the top of their game in law, art and entertainment, and they aren’t trying to prove anything because they now have real power. They wear her jewellery because it makes them feel good, not for anyone else’s benefit. “They (the jewels) are slightly fuck off, aren’t they? Slightly fuck you,” she says gleefully, and I’m inclined to agree with her. So much of feminism is about feeling you have the right to be yourself, and fabulous jewellery expresses that for all to see.

Written by Melanie Grant for British Vogue in September 2020.