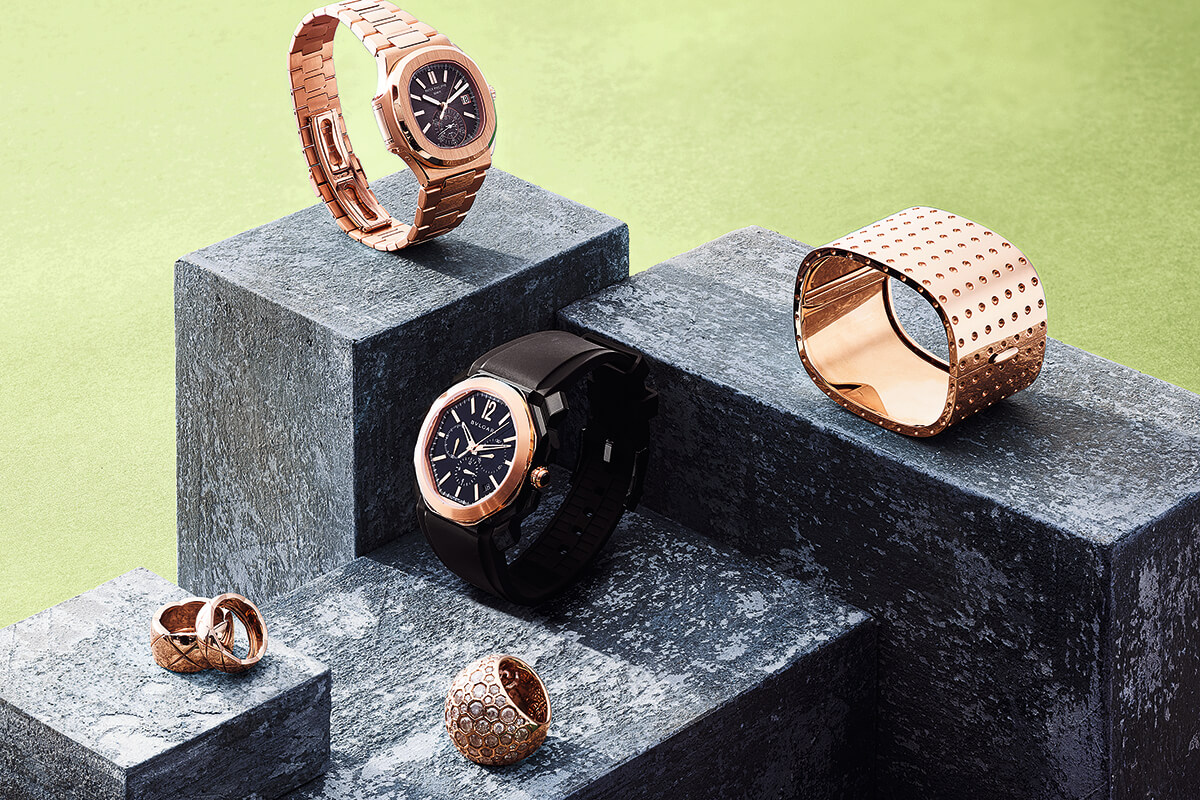 Rose gold isn’t a modern invention despite the recent fanfare.  It had a moment in 19th-century Russia when Fabergé added it to his eggs and then in the jazz age when Cartier crafted a portion of their Trinity bands out of it, but today designers such as H Stern in Brazil are even making their own bespoke version because it looks good against every skin tone.  Unlike the glare of white and yellow alternatives.

Also called pink gold, it’s a simple combination of copper and 24k yellow gold, copper and silver and now even Apple make iPhones in homage to it’s glossy peach glow.  For this shoot Mitch Payne built a set of bricks for us to balance rings, watches and bangles and sitting at the top of the pile is my Patek Nautilus (I say ‘my’ because it will be one day!) Ah! the agony and ecstasy of luxury.

Photographed for 1843 Magazine at The Economist in September 2016.