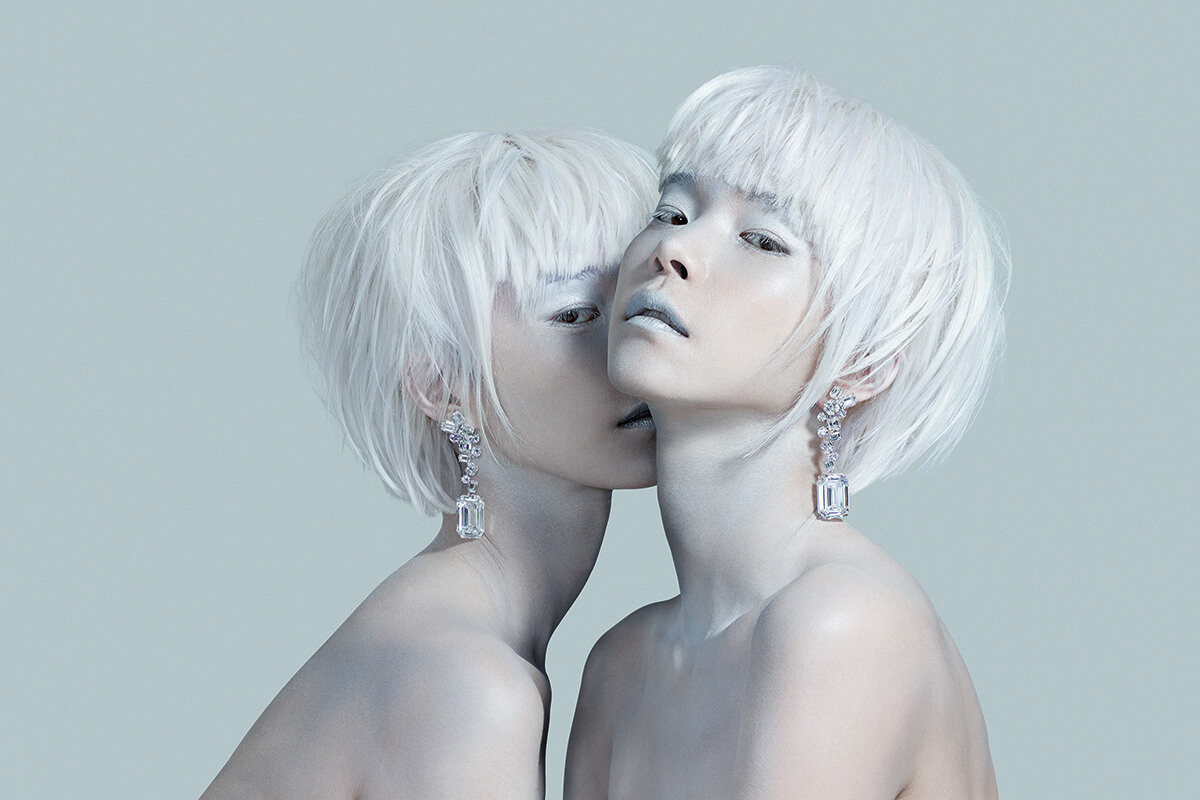 The Eternal twins are a pair of 50.23-carat diamonds, identical in cut and polish yet unmatched in impact.  When I first saw them in the flesh, when they were unleashed from their velvet box and security guards were tentatively ushered aside – my heart and the room stopped.  We had a big team at Big Sky Studios.  Our model Yoon had been in hair and makeup for 5 hours and was only able to eat through a straw with assistance.  The body painting alone had taken most of the morning and Isabelle Bonjean our photographer, who had come in from Paris for the occasion just wanted to get started.  We knew we only had the earrings for an hour, maybe two.

Kamanza, my long time hair and makeup collaborator is fast but we knew our concept would be tough to pull off with the time we had.  Isabelle, also one of my favourite conceptual photographers is also fast but she could only do so much and when the earrings arrived I locked eyes with Katherine from Graff and she immediately said “I’ll ask for more time”.  And we got it.  It was a stunning shoot.  Isabelle shot Yoon in every configuration possible in order to add her ‘twin’ later in retouching and that pale grey on grey on diamond white was everything I hoped it would be.  We ran it as the cover of our Jewellery supplement that year.  If diamonds were people, I like to think these ethereal, celestial and otherworldly entities would be celebrities in their own right.

Photographed for 1843 Magazine at The Economist in October 2017.