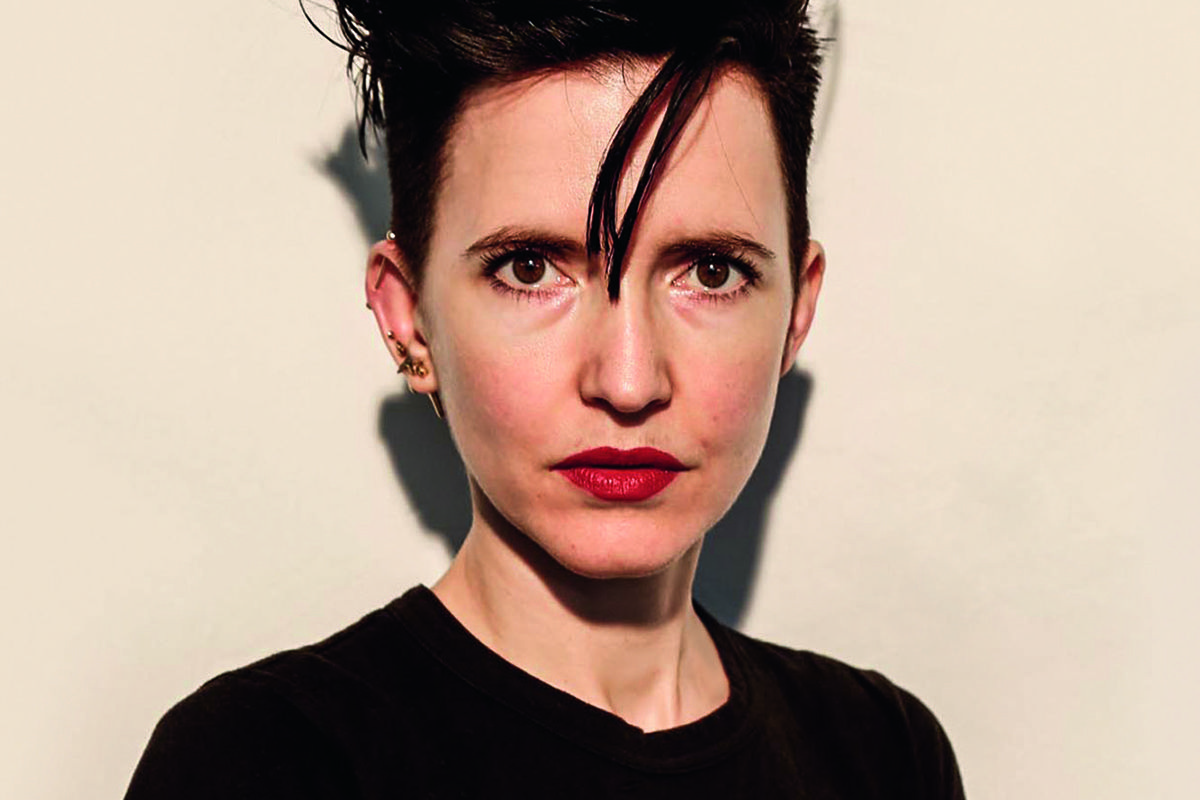 SEX AND MUSIC are the forces I live by,” says Hannah Martin, the talented British jewellery designer famed for her towering gold rings and love of punk. When she’s not launching herself into a mosh pit or listening to Nick Cave, she is hard at work in a London studio creating her vision of a futuristic utopia, where an army of warriors wear her sculptural jewels to rebel against the spurious, vacuous nature of modern life. Her latest collection, A New Act of Rebellion, sees golden bolts welded to fingers, malachite screws clamped onto wrists and ebony karabiners swinging at the neck. Safety pins are ubiquitous throughout, their utilitarian allure paying homage to her beloved punk as an expression of freedom.

Martin has even written a manifesto to accompany the pieces, arguing for the return of wildness in society— whether in bed with your lover or within the heat and density of the dance floor—to lose control utterly in order to experience profound meaning. She is creating a deeper kind of beauty in a collection that is both commercially risky and artistically transformative.

Martin began her creative journey after a degree in jewellery design saw her consult for luxury brands including Cartier and Louis Vuitton. She founded her eponymous brand in 2006, launching a series of collections full of spurs, studs and rings; big, juicy black Tahitian pearls looped around golden shackles; and pieces stamped with the texture of rope. Restraint and freedom have always been core themes. In 2010, she bravely collaborated with Babyshambles  frontman Pete Doherty, creating an exquisite selection of mammoth tusk and black diamond jewels; by 2012, she was designing pieces for the world tour of indie band The xx. Her most recent partnership is with Jehnny Beth, lead singer of the English rock band Savages, and her first muse.

Martin was born in Yorkshire but grew up in a rock and roll-obsessed household in Bristol. She knew she would become a jeweller while on an art foundation course at Central Saint Martins—the moment she stepped into her first workshop. Fifteen years after launching her brand, and with 10 collections under her belt, Martin has finally leapt from fine to high jewellery territory with this deceptively simple yet substantial offering. There are no diamonds in A New Act of Rebellion and therefore no way to create obvious, traditional value aside from her artistry—just a triumph of fluid lines and symbolism in what is her coming of age collection. It is, however, full of emotion as it marks the end of her marriage and her escape from a limiting relationship with her former business partner. Unfettered, Martin is ready to break new ground.

HER COLLECTORS AGREE. At the launch dinner back in March, as the wind howled outside, a succession of tall, slender men in drainpipe jeans and carefully tousled hair chatted to powerful looking women, covered in tattoos and bedecked in ear cuffs, black diamonds and spike heels. Martin’s studio, hidden behind brooding Victorian steel gates, is a cave of unexpected wonders with exposed wooden beams and dark textured walls. Only a waft of Feu de Bois hints at the treasure within. The statuesque model Erin O’Connor, who wore Martin to collect her MBE in 2017, has been a fan since the beginning. “Her designs almost serve as a suit of armour,” she says. “Beautifully and unapologetically crafted, as well as sensationally chic.” And now, Maxfield (the impeccably curated boutique on Melrose in L.A.) is about to stock her pieces—surely just the beginning of great things stateside.

As a delicately beautiful Goth with a clash of rings on every finger and ears pierced by gold from every angle, Martin is a publicist’s dream. Not only does she operate beyond the obvious trends in jewellery design, but she has a powerful message with an edgy cool that her well-to-do collectors are keen to buy into. She represents a shift in design where jewellery at the cutting edge has become less formal but remains grand. As more women buy for themselves, design (like Martin herself) is getting tougher and stronger as it represents a new era of female empowerment.

Behind the scenes, the struggle is real. When asked what was the most challenging aspect of creating this latest collection, Martin’s long-time head of production—Michael Urbančík, a languid man with directional hair and a septum ring—sighed knowingly. “Everything.”

Jewellery All from the Act of Rebellion Collection by Hannah Martin

Written by Melanie Grant for Vanity Fair in September 2020. 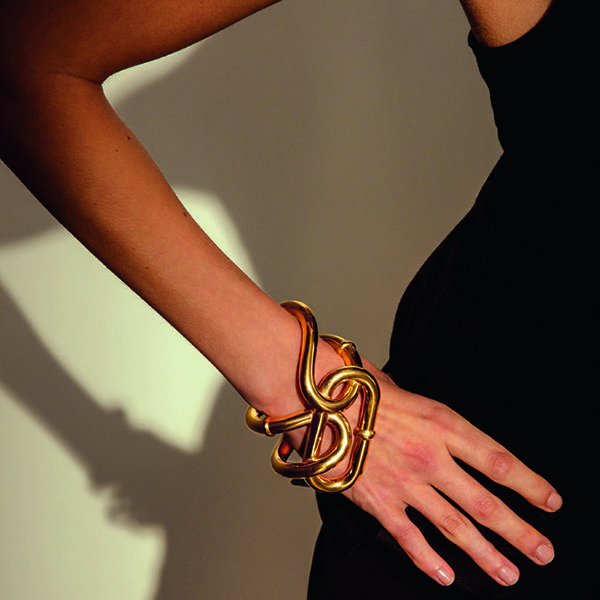 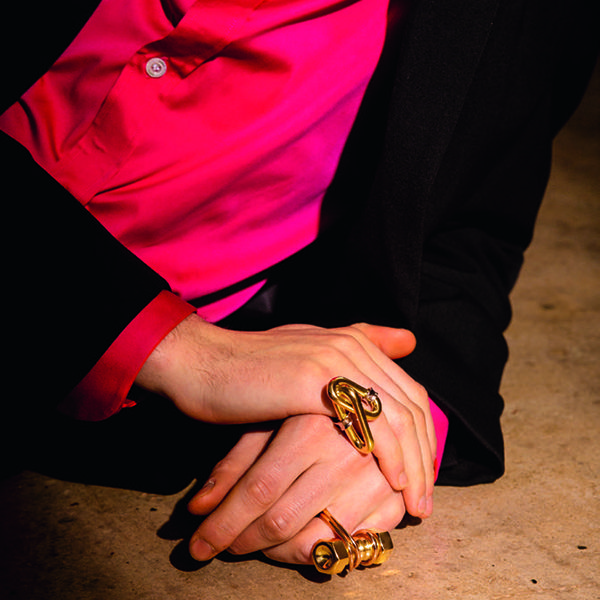 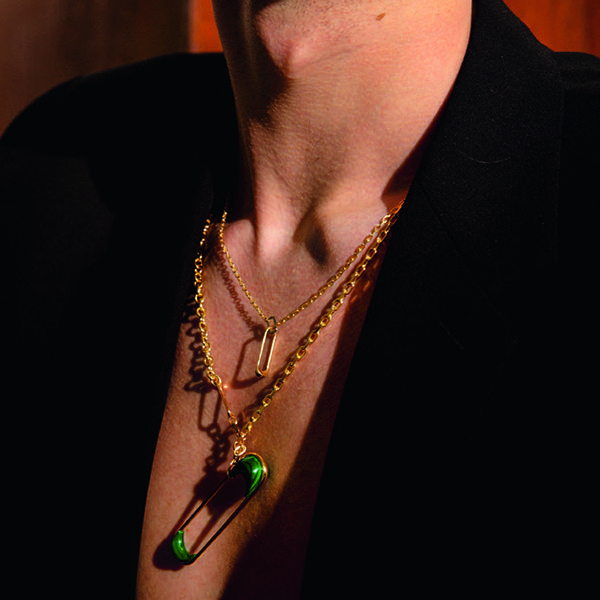