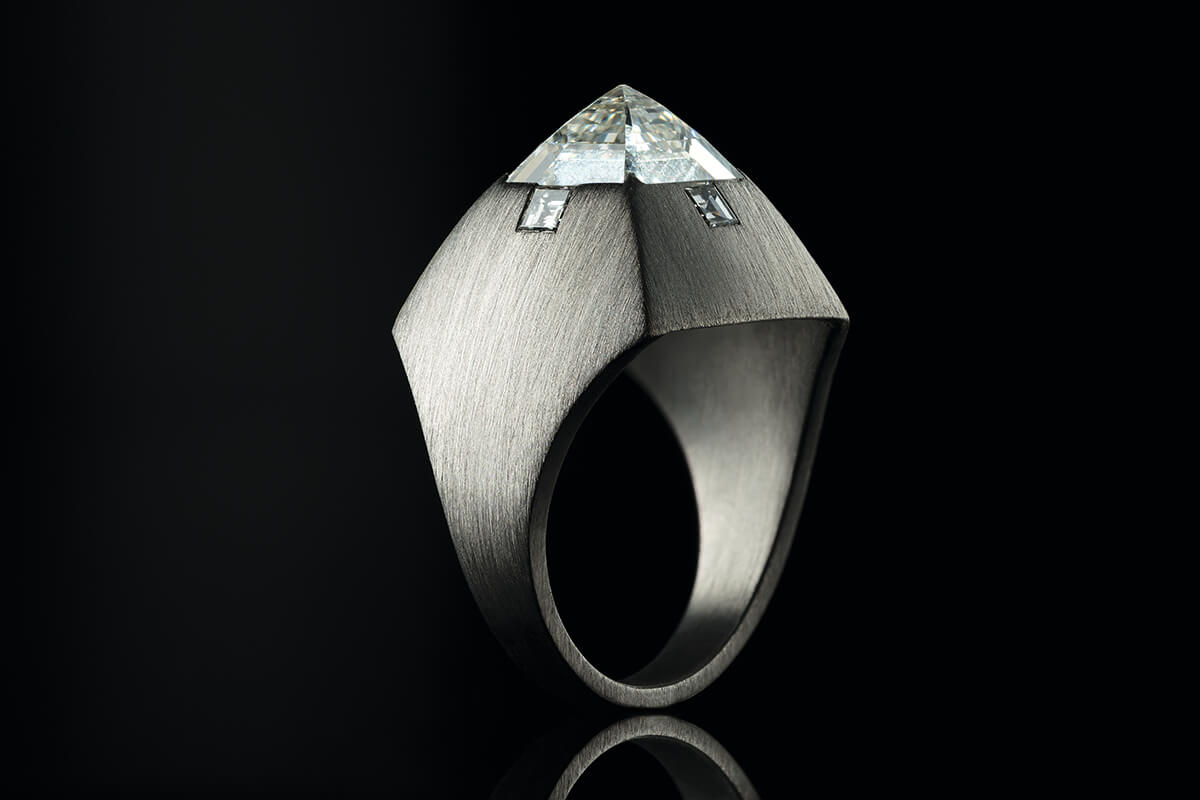 On a crisp winter morning, I was ushered into an elegant New York brownstone bursting with treasures: FD Gallery, which sells rare 20th-century jewels. A pair of diamond clips, light and cold, were snapped onto my ears. Arranged as oversized flowers, with the petals held together by a whisper of platinum, the earrings were completely translucent, throwing light about the room.

The creator of these earrings is Viren Bhagat, a jewellery designer from Mumbai and an outlier among Indian designers. The country’s artisans are better known for chunky, yellow- gold pieces and jangly splashes of colour, whereas Bhagat uses pure white diamonds in a simple, stripped-back style.

With no formal training, Bhagat combines Art Deco styles with Mughal design, two influences from his childhood. He grew up in Mumbai, where Indian motifs melted into the Art Deco architecture that was popular in the 1930s. That fusion inspired the young Bhagat.

As a ten-year-old he would spend time in the jewellery workshops of his family’s department store. In the 1980s, when he was on holiday in Rome, he chanced upon the flagship store of Bulgari, a watch and jewellery brand, in the Via Condotti. He was mesmerised by a cabochon sapphire in the window, a smooth-domed jewel that he says was the most beautiful thing he had ever seen. He took photos, and when he returned home he began drawing jewels for the first time. He sent the sketches to Gianni Bulgari, the 49-year-old head of the family business. Bulgari was impressed enough to consider employing him but Bhagat wanted to do something on his own. In 1991 he launched his first collection in a small shop at Kemps Corner in Mumbai, which he still has.

In 1997 he had another creative leap on holiday, this time in India, as he was visiting the classical architecture of Rajasthan, Agra and Delhi. He switched from working in the heavy gold of the Italian style to using platinum; he restricted his use of stones to the finest grade. He also took to signing rather than stamping his work to reflect the idea that he was no longer a craftsman but an artist.

His work is now reaching greater prices at auction. In October 2017 a Bhagat ring sold for more than $10m at Sotheby’s, an auction house, in Hong Kong. The ring had a large pigeon-blood Burmese ruby at its core and was open-backed, like a bangle. Chiselled white diamonds sat in place of a metal band so the jewel looked as though it had been pieced together with stones rather than metal. The auction rooms have brought him global exposure; nearly three-quarters of his customers now come from outside India.

As he grows older, Bhagat is thinking about succession. Varun, his elder son, joined the business in 2009 and now supervises production and quality control. Jay, his younger son, has been dealing with the company finances since 2012. Both also design. Though the brand still only makes 50-60 pieces a year, Bhagat is hoping to open a second shop in London soon. He accepts no commissions and refuses to involve clients in his design process. “The goal from the beginning has always been to create beauty, to bring an object of beauty into this world literally,” he says. “That is what drives me.”

Written by Melanie Grant for 1843 Magazine at The Economist in November 2018.