THE BEAUTIFUL AND THE GROTESQUE 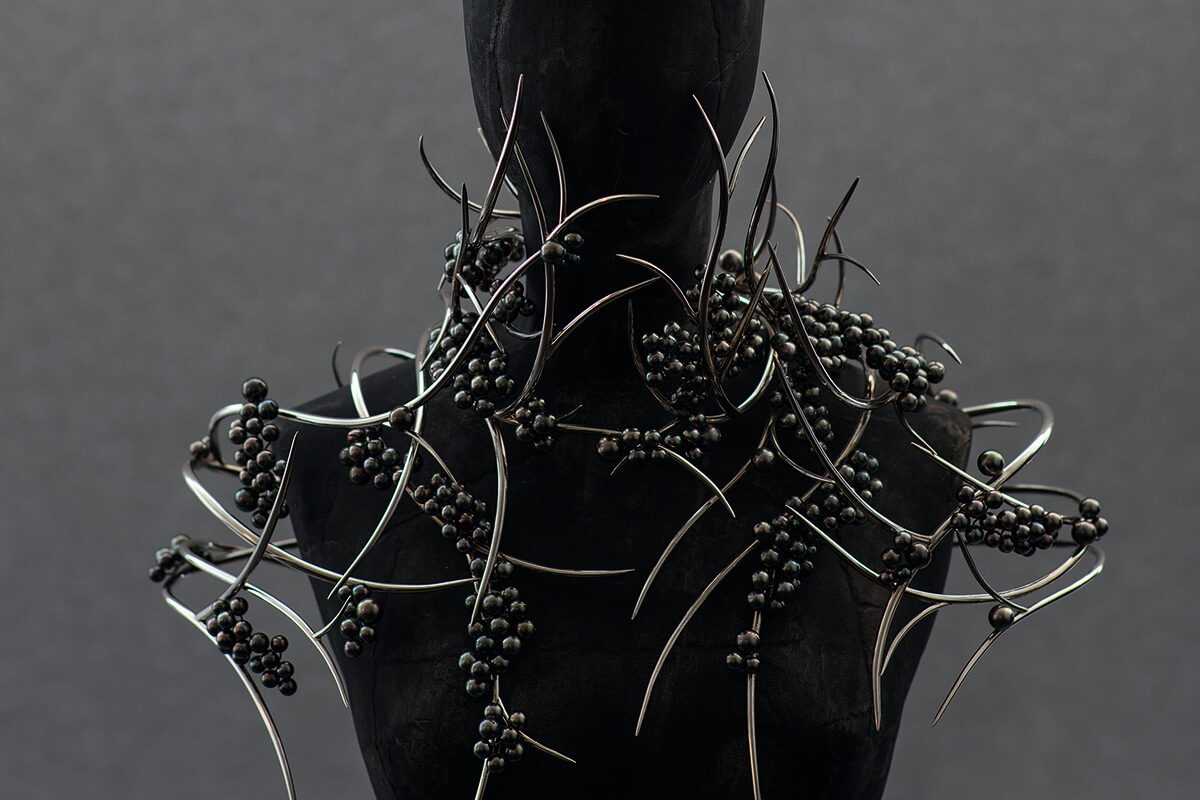 I asked Andrew Bolton, curator in charge of the Costume Institute at the Metropolitan Museum of Art in New York to give us his thoughts on the work of British jewellery designer Shaun Leane and what he told our writer Rebecca was pure poetry.  Shaun had been Lee McQueen’s jeweller of choice.  Whatever Lee dreamt up, Shaun conjured up and their collaboration lasted for many years affecting both of them deeply.

Once the interview was done Shaun invited us into his studio and I asked him tentatively if he would get one of his masterpieces out of storage from those days.  This is the result.  Ian Winstanley did the honours and in cramped conditions unfurled a grey backdrop to play with the neutral tones of all the elements.  I like to think of this as my ‘grey period’ as many of our shoots at that time fell into this neutral category.  Art Directors aren’t artists but we do have eras of taste and I think I’ve since become louder and brighter.  Shaun loved this shot and I think he bought the images from Ian.  It was also a nice illustration of a very elegant and graceful period of his own creativity.

Photographed for 1843 Magazine at The Economist in September 2016.