The Evolution of Beauty 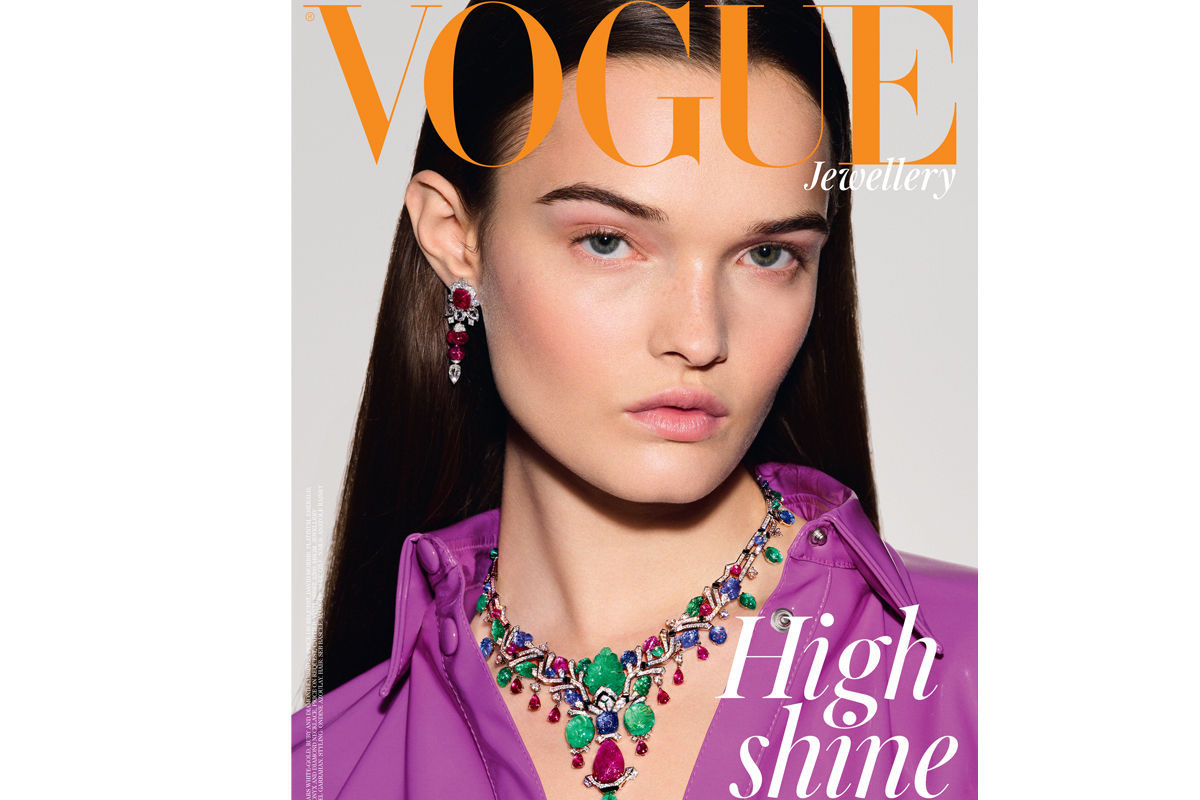 There was a moment in March last year when I almost lost my mind and the beauty of jewellery saved me.  As the world descended into pandemonium I ran to my local supermarket to stock up on necessities but many of the shelves were empty.  In shock, I went home, closed the curtains and put on my best jewels. It soothed my soul much like Kate Winslet in Titanic donning the immense La Coeur de la Mer necklace just before the ship goes down.

As daily routines collapsed and the world went into isolation, taste within jewellery design shifted to a purer, more personal connection with the art. Self-expression became all-important and I can’t have been the only person immortalised in endless Zooms pairing big diamonds with flip-flops and ropes of pearls with bed hair. The broader impact of this new psychology has now spilled over to the jewellery houses, which are fighting the economic downturn with some of the grandest, most intimate and elaborate collections ever created.

On planet Dior, Victoire de Castellane has manifested the largest high jewellery collection in the brand’s history. Dior Rose is an abstract and futuristic homage to beauty in the post-Covid era and at 116 pieces, demonstrates an eye-watering ode to glamour as well as Monsieur Dior’s beloved flower.  Where Dior goes large on choice, Tasaki transfers scale to the jewels themselves in a wild waterfall of coloured stones mixed with pearls, and inspired by nature to give us strength and hope. Grounded at home for over a year, many of us have lost ourselves in precious stones.

For Boghossian this equates to the simplicity and purity of setting one gem within another, as in their ‘Kissing’ collection, where light and joy dance on the skin. “People have now fine-tuned their taste,” says Roberto Boghossian, managing partner. “We’ve had more time to think about what we do and don’t like and we’re going deeper.” That inner world where we dream in jewels, is also expressed poetically by Dolce & Gabbana’s latest Alta Gioielleria collection, a luscious incantation of bejewelled fruit and flowers.  Collectors are buying fewer but more meaningful pieces, listening to an inner voice made louder by the slow-down of the world around them. “To feel comfortable with your own personality and to enhance your individuality, is the most precious thing each of us has”, says Stefano Gabbana.

The art of the jewel now lies in pairing the formal with the informal, so big jewels and jeans or a whopper emerald with a crisp white shirt. At Bulgari, creative director Lucia Silvestri has the formal part covered with the Magnifica collection, which boasts a 131-carat spinel, a 93-carat emerald and a single necklace containing 500 carats of Paraiba tourmalines. “I think luxury plays an important role in periods like this because it is a necessary symbol of rebirth and well being,” she says.

For Claire Choisne, creative director of Boucheron, the most precious thing of all is innovation. She has combined a specially designed space age coating with rock crystal and opals in a mesmerising rainbow-like collection called Holographique.  Her egalitarian approach is democratic because it appeals to all ages, genders and tastes but is somehow still achingly cool. Even hardened jewellery collectors like Diane Venet are having more fun.  Her vast collection is usually on show in museums around the world but during lockdown she took it all home. “I played with it like a puppet show” she laughs. She let the art flow over her, privately with no distractions.

Jean-Marc Mansvelt, CEO of Chaumet, calls jewellery a ‘physical symbol of sentiment’, an emotional connection that links to the essence of beauty itself.  The pandemic has been the most challenging thing Chaumet has faced since, when it was court jeweller, Napoleon’s empire collapsed. Loyal clients are still buying the odd tiara, demonstrating a need less for accumulation and more for key standout pieces for which this latest collection generously provides.

Finding balance however in this new reality as the world eases back into forward motion requires versatility.  The Tiffany Blue Book Colors of Nature collection sees a return to timeless style that can be adapted in different ways. “I believe that jewellery should evolve with the person and that includes their lifestyle,” says chief gemmologist Victoria Reynolds. Their technical wizardry extends to a diamond bracelet with a large black opal, that can be turned to transform the jewel.

We have learned so much from this global reset and we’re ready for a grand re-entry.  The artisans at Van Cleef & Arpels will be sashaying back into the spotlight with a festival called Dance Reflections by Van Cleef & Arpels, in homage to ballet, contemporary dance and choreographic expression. They will release three Ballerina clips as part of a new series of jewels to celebrate this two-week extravaganza alongside dance productions debuting at swanky venues such as The Royal Opera House. “We were deprived by the absence of art”, says Nicholas Bos, the President and CEO.  “There will be an expectation for brands to do meaningful things now.”

The good ship Cartier meanwhile sails on regardless, with Corona providing little more than a stiff headwind. The Sanyogita necklace, its latest Tutti Frutti creation, is as reassuringly grand as when Cartier introduced the iconic style as a slap in the face to the trials and tribulations of world wars and flu epidemics of 100 years ago. Cartier represents the kind of grown up glamour that never wavers despite global catastrophic events. “Precious stones in general offer a special kind of magic”, says Pierre Rainero, Image, Style and Heritage Director. “They are as old as the universe.” Perceptions of beauty may ebb and flow with the proverbial tides but pleasure will always endure.