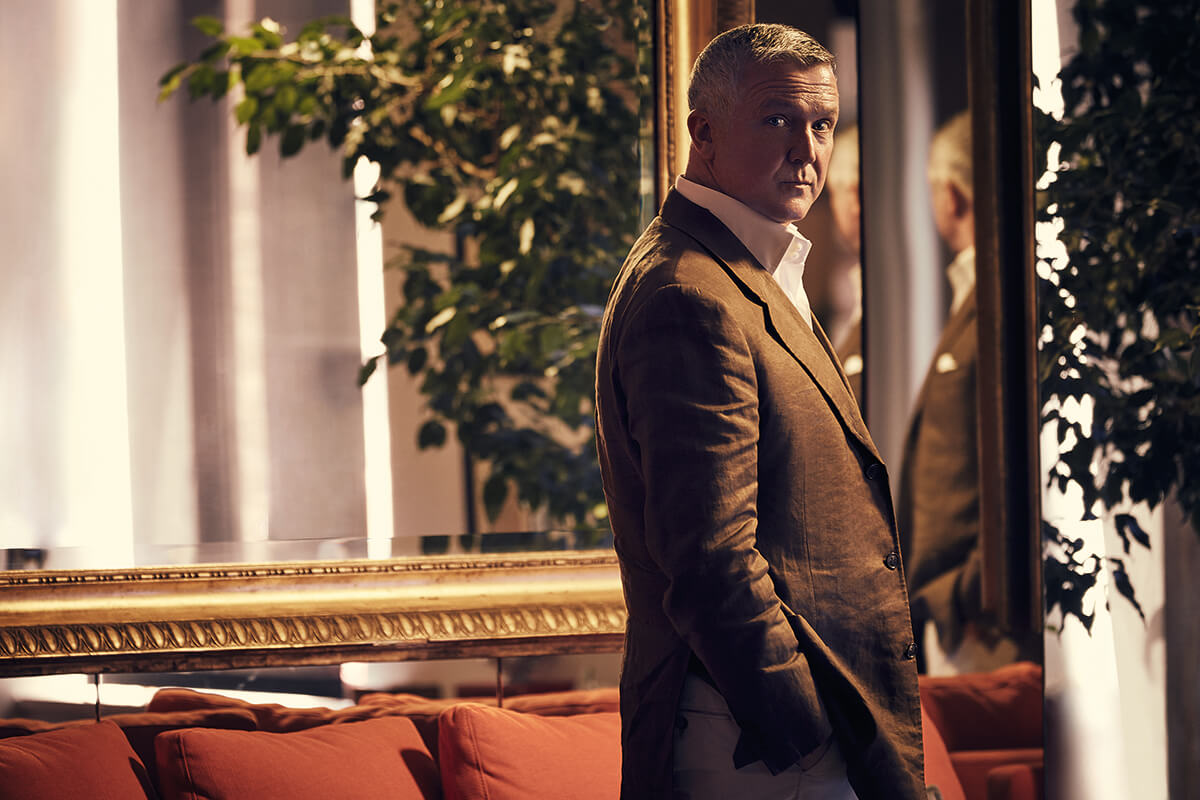 James Taffin de Givenchy comes from one of fashion’s grandest families. But, as Melanie Grant discovered on a visit to his New York studio, his use of gemstones is more original than traditional

James Taffin de Givenchy’s studio is as colourful and playful as the jewellery he designs. Loud orange tones jump out at you from corners, vibrant green plants sprout from behind chairs and kaleidoscopic jewels leap out from unexpected crevices in the walls – not the weighty diamonds one would expect from an atelier on Madison Avenue, but curious clusters of tourmalines, sapphires and citrines encased in the smoothest of ceramic settings. Shortly after arriving I find myself cradling a large ring in the form of an eyeball. The central stone looks up quizzically at me.

Throughout the history of jewellery, a handful of independent jewellers, such as René Lalique, Suzanne Belperron and JAR, have created styles powerful enough to shift the perception of value away from stones and towards design. Givenchy is on his way to doing the same. With only two decades in the business, this quiet, intense Frenchman has used his simple style to crack one of the most difficult markets of all: America. Juliet Weir-de La Rochefoucauld, author of “Twenty-first Century Jewellery Designers – An Inspired Style”, sums him up nicely. “There is a feeling of relief when you look at one of his jewels. He pares away the unnecessary clutter to leave just the bare essentials, as a sculptor might carve away material to find their composition.”

Givenchy arrived in New York aged 20, planning to be an artist. Instead he went to work for Christie’s, which sent him to the West Coast as their resident jewellery specialist. François Curiel, now Christie’s chairman for Europe and Asia, recalls, “He was a wonderful psychologist who took time and energy to understand what clients really wanted, rather than just pushing sales.” He stayed for three years and then left to join Verdura, a niche high-jewellery house, before moving on to start his own firm, Taffin, in 1996.

The contacts he made while at Christie’s helped build a customer base, and he struck a clever balance between the classic elegance of French style and the modern boldness of American taste. Making jewels with inexpensive stones freed him from worrying about having too much capital tied up in each piece, and his enterprise worked as a business, as well as winning him plaudits from customers and designers.

Freedom is a central theme in Givenchy’s work. He uses ceramic instead of enamel because it is less brittle so gives his collectors the freedom to wear it every day. He agreed to design for Sotheby’s only on condition that he could do whatever he liked (we’re talking wooden tree pins with pear-shaped diamond leaves). “He approaches jewellery as a work of art and not a decorative object,” says Susan Dunne, president of pace gallery in New York and a collector of his work. “It is much more of a European point of view than an American point of view. Even the younger people who have come after James, they are mass-producing and they are selling on Net-a-Porter, Modus Operandi, etc. James is an artist. Each piece is carefully, carefully considered and unique.”

Givenchy produces 100-150 pieces a year, selling mostly to Americans and Europeans. One day he would like to show in France. As the nephew of Hubert de Givenchy, the designer who dressed the likes of Audrey Hepburn and Jackie Kennedy, he has found that Americans love the connection – “people assume that as I carry the Givenchy name, I must have talent” – but that the French need him to prove he is worthy. Having spent a little time with his work, I’d say he’s done that.

Written by Melanie Grant for 1843 Magazine at The Economist in January 2018.