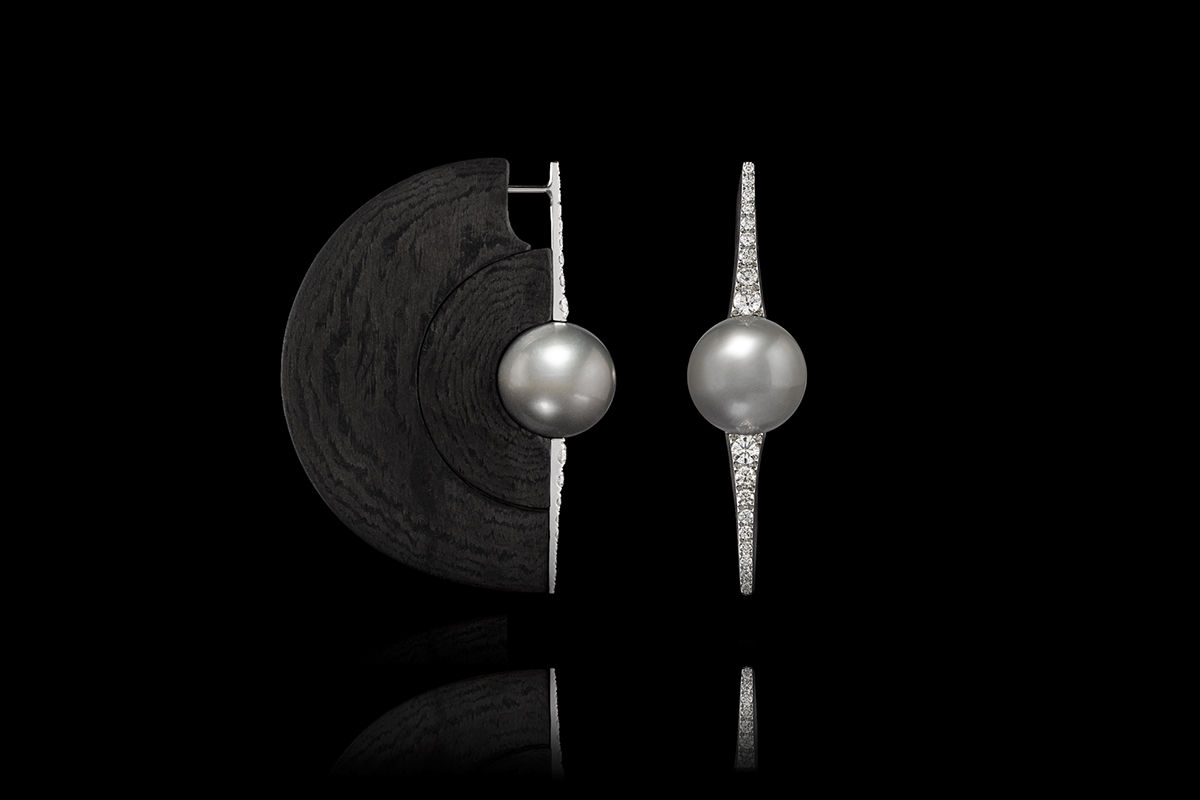 A New Exhibit Blurs the Line Between Art and Jewelry with works from Ai Weiwei, Frank Stella, and emerging jewelry talent.

Melanie Grant is determined to break down the hierarchy that separates art from jewelry. After all, she says it isn’t about the medium, it’s about the artist’s vision and expression. To further her mission, the editor and author invited 18 contemporary artists—from the established Ai Weiwei and Frank Stella to emerging jewelry talents including Melanie Eddy and Satta Matturi—to express their connections to nature through wearable sculpture. The result is Forces of Nature, a groundbreaking selling exhibit of 40 unique jewelry pieces that was created in partnership with Elisabetta Cipriani Gallery in London. It’s on view at the gallery and online from November 18-27.

The lineup of pieces includes Grant’s first-ever jewelry design. Writing about jewelry is one thing, but Grant found designing a jewel herself both “terrifying and fulfilling.” The pandemic gave her time to reflect on her own life, and it inspired her symbolic cuff design. “I wanted to create something big and quite dangerous, and I wanted it to say something about what we have been through,” explained Grant, who during Covid also curated the well-publicized Sotheby’s exhibit Brilliant & Black: A Jewelry Renaissance, which was the auction house’s first show dedicated to Black jewelry designers. Her love of bold style is expressed in a large cuff which she calls ‘Self’ because there is large bronze circle at the center of the oxidized silver cuff that reflects the wearer’s image.

Not surprisingly, cuffs are Grant’s favorite style of jewelry because they symbolize strong women. “Even as a kid, I was awed by Wonder Woman’s big cuff bracelets of submission. I always loved that you could change the world with jewelry.” Grant’s bracelet was produced in Italy in a limited series of eight pieces, and if successful, she says she will consider creating more jewelry designs.

Elsewhere in the exhibit, nature is expressed both figuratively and subliminally, and in a range of unlikely materials. These include Bibi Vander Velden’s gold and tiger’s eye fierce alligator earrings, Taffin by James de Givenchy’s sapphire and Neolithic stone bead floral brooches, and Francesca Grima’s 70-million-year-old sliced fossilized ammonite pendant.

There’s also Ai Weiwei’s gold rings, which continue the artist’s research on human migration—as seen in his 2017 documentary Human Flow. The two engraved ring designs (made in a series of six each) express the artist’s concern for the human condition and his awareness of what it means to be trapped and deprived of the freedom to travel and control one’s destiny. And Joy BC’s bronze, recycled gold, and steel Hypatia brooch features the female Greek philosopher who was written about by Plato and later murdered for her views. The designer Joy Bonfield-Colombara describes her as a “force of nature.”

In placing Ai Weiwei’s work alongside pieces by a designer like Joy BC, Grant says she’s disassembling the hierarchy that exists in the art and jewelry worlds. “It’s often hard for people to have this mix because fine art is separated from jewelry, but I wanted the work to speak for itself. This is what I call creative equity.”

Grant’s mission began with her book Coveted: Art and Innovation in High Jewelry, published by Phaidon last year, which asks the question: Can Jewelry be Art? This exhibit certainly delivers the answer.

This article appeared on 11th November 2021.