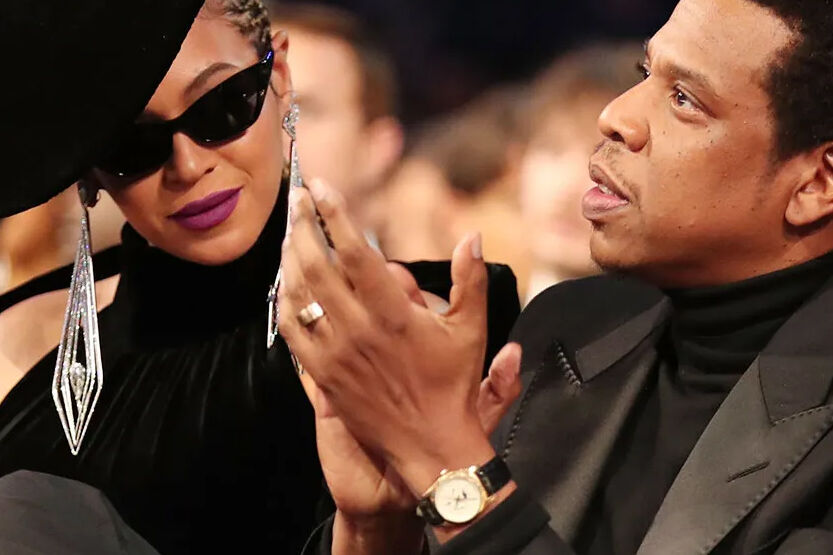 When Rihanna, the queen of pop, took a stroll in New York while casually revealing a baby bump bedecked with jewellery, I was transfixed. Not by the hot-pink vintage Chanel coat she was wearing, nor even by the revelation of the pregnancy itself, but rather the flash of gold at her wrist which owed its brilliance to her Rolex King Midas, as customised by jeweller Patcharavipa.  Rihanna had taken her style one step further with a “unicorn” watch. Rather like the elusive Hermès Birkin, these are holy grail watches with cult followings, that often sell on the secondary market for more than they cost to buy originally. Almost impossible to get hold of, these rare, seductive and dangerously stylish timepieces represent both exquisite taste and a true knowledge of design. Rihanna, it seems is the queen for a reason.

The King Midas was created in the 1960s by Gérald Genta, the legendary designer who engendered more unicorn watches than anyone else in history. It was the only watch he designed for Rolex, but he created two other masterpieces in the watch design hall-of-fame that collectors go crazy for. His Patek Philippe Nautilus 5711, created in 1976, was already a unicorn, but late last year it achieved a whole new level of cult status with the introduction of a limited edition Tiffany & Co. dial in the brand’s signature shade of blue. Since seen on the wrists of Leonardo DiCaprio, Jay Z, LeBron James and Bernard Arnault (the chief executive of LVMH, which acquired Tiffany & Co. last year), one of the watches sold for a cool $6.5m at Phillips New York.

Genta was also responsible for Audemars Piguet’s Royal Oak, whose magnificent design he first sketched overnight at the brand’s request for an innovative and waterproof stainless steel sports watch. When the watch first launched in 1972 it took a while to be loved, but then unicorns are often before their time, and the Royal Oak soon took on a life of its own. Fifty years and literally 500 versions later, and Audemars Piguet is bringing out a new Jumbo, so called because it was a whopping 39mm when it first launched, rather than the typical 35 or 36mm worn at the time. It continues to go large with an extra-thin, open-worked self-winding movement called Calibre 7124 glinting within its hexagonal case.

A type of mythology and folklore surrounds hot watches like this, as Daniel Compton, UK general manager of Audemars Piguet, explains. “There have been stories that the Royal Oak was an actual tree in the reign of Charles I of England.” He chuckles. “This is actually not true.”  Not all cult watches are beyond all but the one per cent, either. There are some corkers out there for under £5,000, with both personality and pizazz. The new Girard-Perregaux Casquette 2.0 also riffs on the funky 1970s vibe of the original, but now comes in ceramic and Grade 5 titanium in a limited edition of 820. The Oris Cotton Candy pink is a delightfully fun bronze diving watch capable of taking you down to 100m, and an icon in the making, but if you’re pushing the boat out, then the Richard Mille RM 72-01 is the place to start.

It’s fancy with 425 components and the first Richard Mille in-house chronograph enveloped in its signature tonneau-shaped case. You can have it in red gold, black and white ceramic or titanium, but be warned, you can’t put this on your house insurance. The starting price is in the region of £150,000 (plus VAT) for the titanium model. Another whopper is the Hublot Classic Fusion Takashi Murakami Sapphire Rainbow, a Hublot collaboration with the Japanese artist Takashi Murakami, who has turned his Kawaii world of manically smiling flowers into a gem-encrusted dial. This is also a stopwatch, so you can time yourself creating the watch collection of your dreams.

There’s no predicting which watches will become unicorns. As Daniel Somlo from Somlo London puts it: “Buy a watch you love. They become more valuable because people like them.” A qualified Omega watchmaker and watch dealer, Daniel has a soft spot for the Omega Speedmaster in particular, because he feels it has stayed true to its original design philosophy. “Over time, a lot of watch lines lose their poetry,” he says, but the Speedmaster Omega Apollo 11 is a prime example of a watch that has retained its magic.  Dedicated to Neil Armstrong and Buzz Aldrin when they first set foot on the moon in 1969, it is a vision in Omega’s Moonshine gold.

One of my favourite moments in watch in watch design history was when Robert Forster, director of production at Omega, reached out to British jeweller Andrew Grima in 1968, and invited him to collaborate on a series of what I can only describe as radical masterpieces with Omega movements. Grima had never made a watch before and he ignored all the rules, creating a series of colossal bracelet watches with gemstone slices over the dial. The Teak, a more wearable incantation, is still available to order from Grima today.